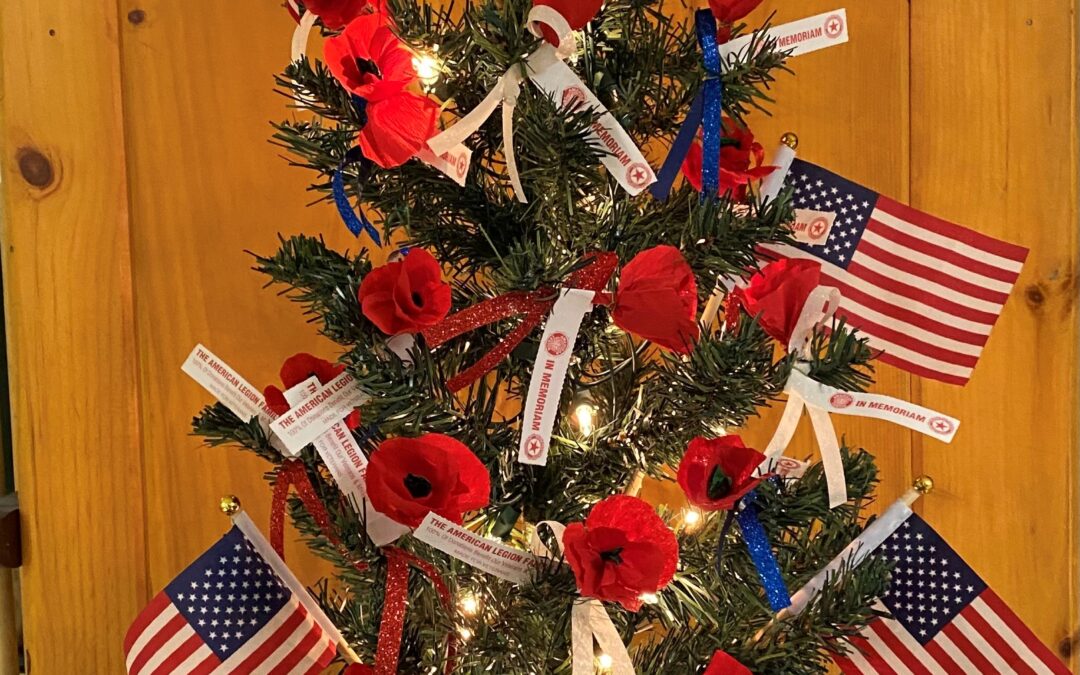 NORWICH, N.Y. – On January 6th, following a fantastic campaign, the winner of the “2020 Virtual Parade of Trees” was announced. Upon raising a total of $340, the American Legion Auxiliary Unit 189 from Norwich, NY was declared winner for their tree entitled “Poppies Across America”. In total, $864 was raised across the campaign, and will go a long way in supporting the mission of CCHS.

In recognition of the challenges posed by the pandemic, CCHS recognized a need to take their annual “Parade of Trees” to the virtual realm. As such, members of the community were able to vote for their favorite tree by making a donation, similar to years past. However, in lieu of container voting, virtual visitors made donations to the corresponding organization’s “Team Page” as part of an online fundraising campaign. Whichever organization’s page accumulated the greatest total by the conclusion of the campaign would be deemed the winner. The winning tree’s campaign earnings would then be split evenly between the organization and CCHS, with donations to all other tree pages going to support the mission of CCHS.

In all, 10 organizations opted to participate including:

CCHS wants to extend a sincere heartfelt “Thank You” to everyone who chose to participate and donate.