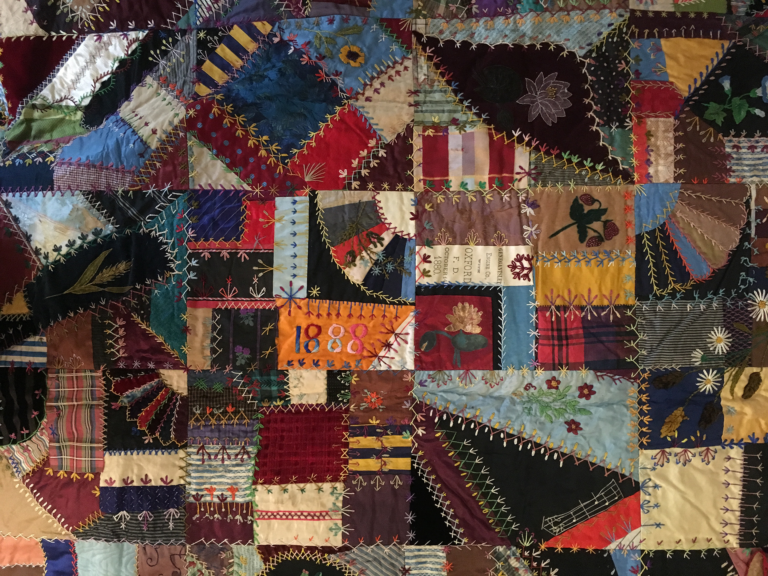 NORWICH, N.Y. – The Chenango County Historical Society (CCHS) is celebrating the 100th anniversary of the ratification of the 19th Amendment – which granted women the right to vote – with commemorative programming throughout the year.

With March being both National Quilting Month and Women’s History Month, the CCHS will unveil “Quilts of Chenango,” featuring more than a century of textile artistry, to honor the creative pursuits of local women before and after they were officially recognized as full citizens of the United States.

“Quilting as a creative endeavor was sometimes overlooked and undervalued, in much the same way that women’s voices in governance were,” said Executive Director Jessica Moquin. “This historic anniversary of women’s suffrage provides a new perspective through which to view this beloved pastime.”

For generations, quilting has been an important means of artistic expression for women. Originally born out of domestic necessity, the art form’s evolution has paralleled that of women’s role in society.

CCHS is collaborating with the Afton Historical Society, the Chenango Piecemakers, and the Greene Historical Society to include both antique and contemporary quilts in the exhibition, which opens at 4:30 p.m. on March 24. An added interactive element during the opening offers visitors the opportunity to join 4-H for a hands-on STEAM (science, technology, engineering, art, mathematics) activity of paper quilting. Participants will be making 12×12 paper quilt squares and figuring out the science of quilting.

First established in 1939, CCHS received an absolute charter in 1956. Ward School No. 2 was acquired in 1958 with renovations beginning immediately. Since reopening as a museum in 1962, Ward School No. 2 has been the home of the CCHS for more than five decades. The campus has expanded greatly since then, with the acquisition of the one-room Ross Schoolhouse (Preston), Loomis Barn (Tyner), a maple sugar house, and the Chenango Canal building, home to packet boat model the “Lillie.”

The primary organization dedicated to actively and comprehensively preserving the history of Chenango County, CCHS celebrates local culture – unique traditions, noteworthy residents, and unusual stories. Museum visitors are immersed in the center of Chenango County’s past through exhibits exploring the rich history of the local region.

Admission to the museum is a free-will donation left up to each visitor’s discretion, and approximately 75 percent of CCHS’ public programming is offered free of charge. The museum’s hours are 9 a.m. to 4 p.m. Wednesday through Friday. For more information, call (607) 334-9227 or visit www.Facebook.com/ChenangoHist.