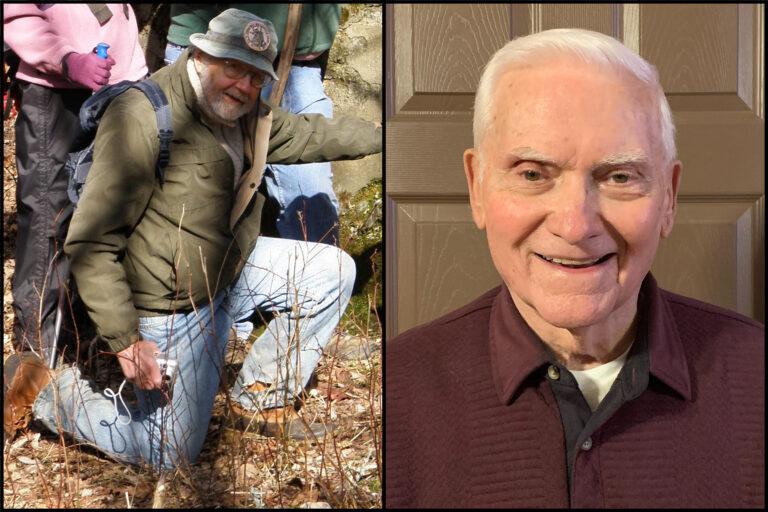 NORWICH, N.Y. – Beginning at 3:30 p.m. on June 19, the Chenango County Historical Society (CCCH) will host several commemorative programs in celebration of Path Through History weekend, including an exhibit opening featuring the history of the David Maydole Hammer Factory, as well as the annual presentation of the Elinor Troicke Memorial Scholarship. Rounding out the festivities, CCHS will honor the latest additions to Chenango’s Heritage “Wall of Honor.” Donald “Don” Windsor and Delmar “Del” Law will be recognized during a brief ceremony, during which their names will officially be added to “Wall of Honor” plaque.

Law has been a dedicated citizen and family man his entire life. Originally from South Otselic, he attended Cornell University and served in the U.S. Army before finding employment at Procter & Gamble (previously the Norwich Pharmacal Company) for 36 years, eventually becoming the director of purchasing. In 1958, he married Betty Mae Law: the couple has four children, six grandchildren, and two great-grandchildren. Law has held a number of leadership positions, including board president and vice president at CCHS, board member at the Earlville Opera House, member of the Board of Education for Sherburne-Earlville Central, and board president of Otselic Valley Central’s Lillian Thompson Scholarship Fund. Law enjoys a number of hobbies, including hunting, bowling, golfing, and fishing.

Windsor, originally born in Chicago, eventually made his home in Chenango County and became a local resource beloved by many in the community. For decades, Windsor has been closely involved with a number of organizations, clubs, and associations, including CCHS, the Chenango Chapter of the NYS Archeological Association, the Chenango Bird Club, and the Bullthistle Hiking Club. In addition to his involvement in the community, he is also a published author, having had five books and a multitude of articles regarding Chenango County history to his credit, as well as Birding Chenango County, a book for which Windsor was both author and co-editor. When not serving the community, he enjoys hiking and a variety of visual and written arts.

Chenango’s Heritage “Wall of Honor” is a meaningful way to recognize someone and a thoughtful way to support the mission of CCHS. A donation is made in honor of a recognized individual, and their name is then displayed on the commemorative plaque inside the main entrance of Ward School No. 2. Additional information on each of these honorees will be featured in an upcoming virtual experience.