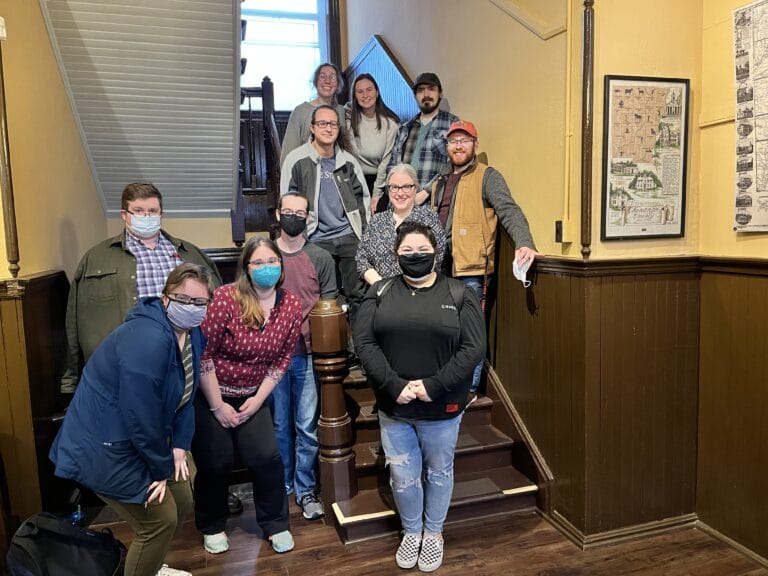 The Chenango County Historical Society (CCHS) is excited to announce a new exhibit opening on Juneteenth in collaboration with the Cooperstown Graduate Program (CGP). This exhibit connects the history of Chenango County, the impact of the invention of the automobile, and the work of SUNY Oneonta Distinguished Professor Dr. Gretchen Sorin. Dr. Sorin is author of the book Driving While Black and producer of the PBS documentary “Driving While Black: Race, Space and Mobility in America.”

Generously supported by Golden Artist Colors, “Routes & Roadblocks: The Black Motoring Experience” focuses on Chenango County’s history and the black motoring experience during the mid-20th century. The mass production of automobiles redefined travel and increased mobility for America. For the first time in history, people were able to travel at their own leisure. The development of the car meant that motorists could now access rural regions, such as Chenango County, that were previously out of the way. New roads and highways were constructed, which increased mobility, and businesses and commerce benefited across the nation. Cars held even more significance for African Americans, whose mobility had historically been restricted by legal and discriminatory methods. Outside of public transportation, the automobile provided an alternative avenue for Black travelers. Yet personal vehicles also provided challenges for Black Americans, with unseen roadblocks persisting today.

“We are grateful for this tremendous opportunity to collaborate with Dr. Sorin and her talented students thanks to the generosity of Golden Artist Colors,” said Jessica Moquin, CCHS executive director. “Being able to work with an historian of Dr. Sorin’s esteem has provided us with a unique opportunity to present our local heritage through new perspectives.”

“Routes & Roadblocks: The Black Motoring Experience” will open at 3:30 p.m. on Sunday, June 19. Community members are invited to bring 4×6 copies of travel and vacation photos to be included as part of the exhibit.

“During the exhibit opening, community members are encouraged to leave copies of their own personal travel and vacation photos to be included in the exhibition,” said Joseph Fryc, CCHS operations manager. “By sharing our collective stories, we hope to provide an interactive community element to the exhibit narrative.”

First established in 1939, CCHS is the primary organization dedicated to actively and comprehensively preserving the history of Chenango County. The area’s premier heritage museum, the organization celebrates local culture – unique traditions, noteworthy residents, and unusual stories of the region. CCHS programs are made possible by the New York State Council on the Arts with the support of the Office of the Governor and the New York State Legislature.

CGP is one of the country’s oldest museum studies graduate programs, established in 1964. Since then, the program has continued to grow. CGP continues to have national impacts on the arts, humanities, historical preservation, cultural and community programming, economic development, and social change.