The Story of Chenango County
The English colony of New York was founded on Sept. 8, 1664, when the Dutch surrendered the colony of New Netherlands. With increasing potential for settlement, the English formed the first counties to better administer their new domain. The first designation of counties took place on Nov. 1, 1683. The land that now constitutes Chenango County was part of a vast territory of western lands designated Albany County.

1 of 6
The Story of Chenango County cont'd
Soon after the conclusion of the French and Indian War, the English – to keep peace with the Native Peoples – agreed to the Fort Stanwick Treaty on Nov. 5, 1768. This treaty formed a line that ran south from Fort Stanwick (present day Rome, N.Y.) to separate the lands between European settlement (east of the line) and the Native Peoples (west of the line). This line, in part, followed the Unadilla River to the Susquehanna River, establishing the future eastern border of Chenango County. On March 12, 1772, the western lands including what is now Chenango County were separated from Albany County to become Tyron County named after Colonial Governor William Tyron.

2 of 6
The Story of Chenango County cont'd
With the birth of the United States in 1776 and the conclusion of the American Revolution in 1783, the state of New York was established. The first form of national government, the Articles of Confederation, left affairs of western land settlement and negotiations with the Native People to the individual states. The Fort Stanwick Treaty was now void, and Tyron County’s name was changed to Montgomery County in memory of General Richard Montgomery who was killed in the assault on Quebec during the 1775 American invasion of Canada.

3 of 6
The Story of Chenango County cont'd
Two treaties – one at Fort Herkimer on June 28, 1785 and one at Fort Schyler (present day Utica, N.Y.) on Sept. 22, 1788 – between the Native People and the state of New York opened the lands west of the Unadilla River for settlement. On Feb. 25, 1789, surveyor General Simon Dewitt began the process of surveying these newly opened lands. Portions of Montgomery County were divided into Tioga, Herkimer and Ontario counties. The first Chenango County was vastly larger than today, reaching from the south shore of Oneida Lake to present-day Broome County. This new county was established from parts of Herkimer and Tioga counties on March 15, 1798. The county was then surveyed into towns.

5 of 6
The Story of Chenango County cont'd
According to the U.S. Census Bureau, the county has a total area of 899 square miles of which 894 square miles are land and 5.1 square miles are water. Chenango County is in the approximate center of the state, west of Albany, north of Binghamton and southeast of Syracuse. The county is considered to be in the Southern Tier region of New York state. The Chenango River, a tributary of the Susquehanna River, flows southward through the county. 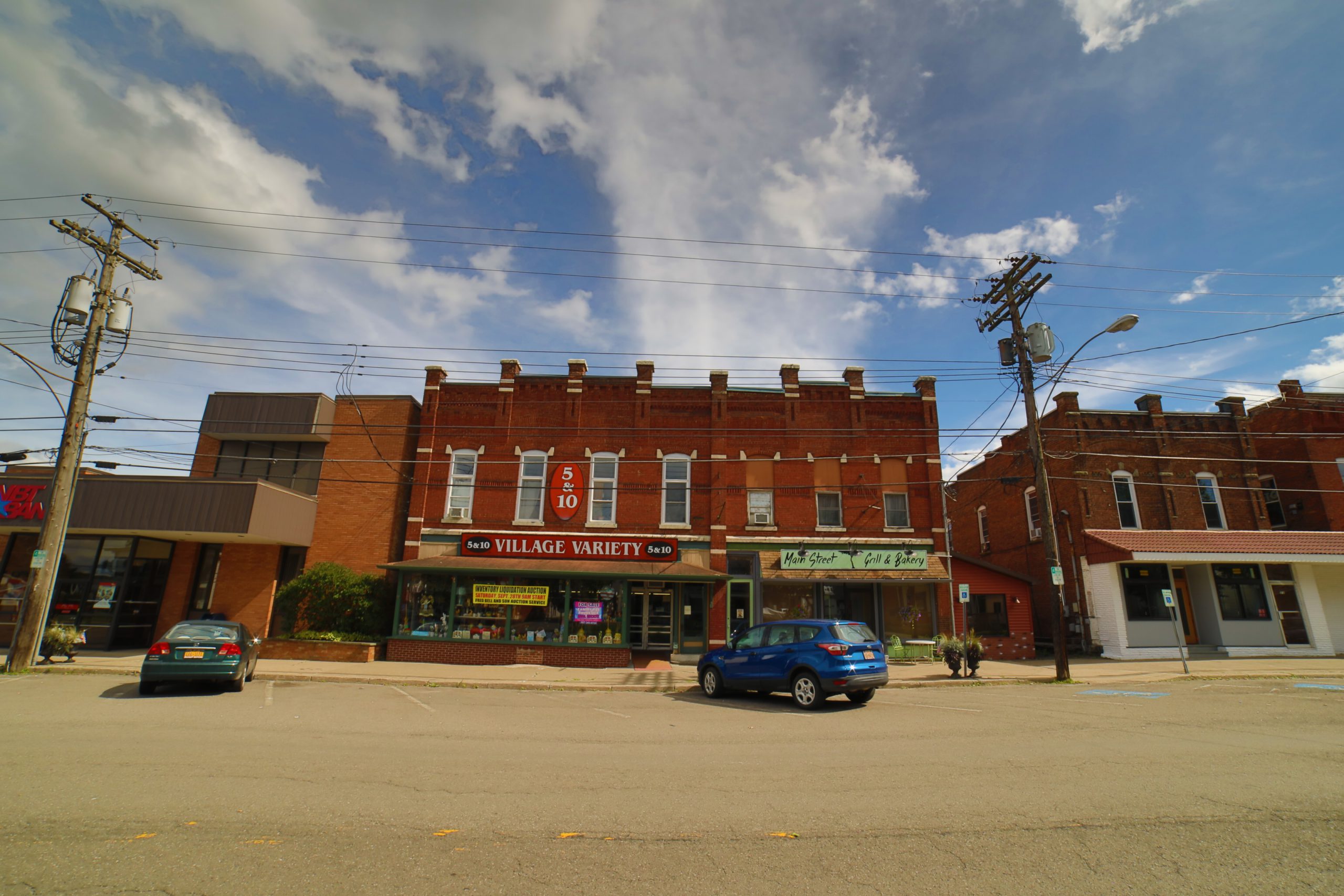 Afton
Afton Historical Society Founded: The land was first settled in 1786 and it was called Clinton, later... 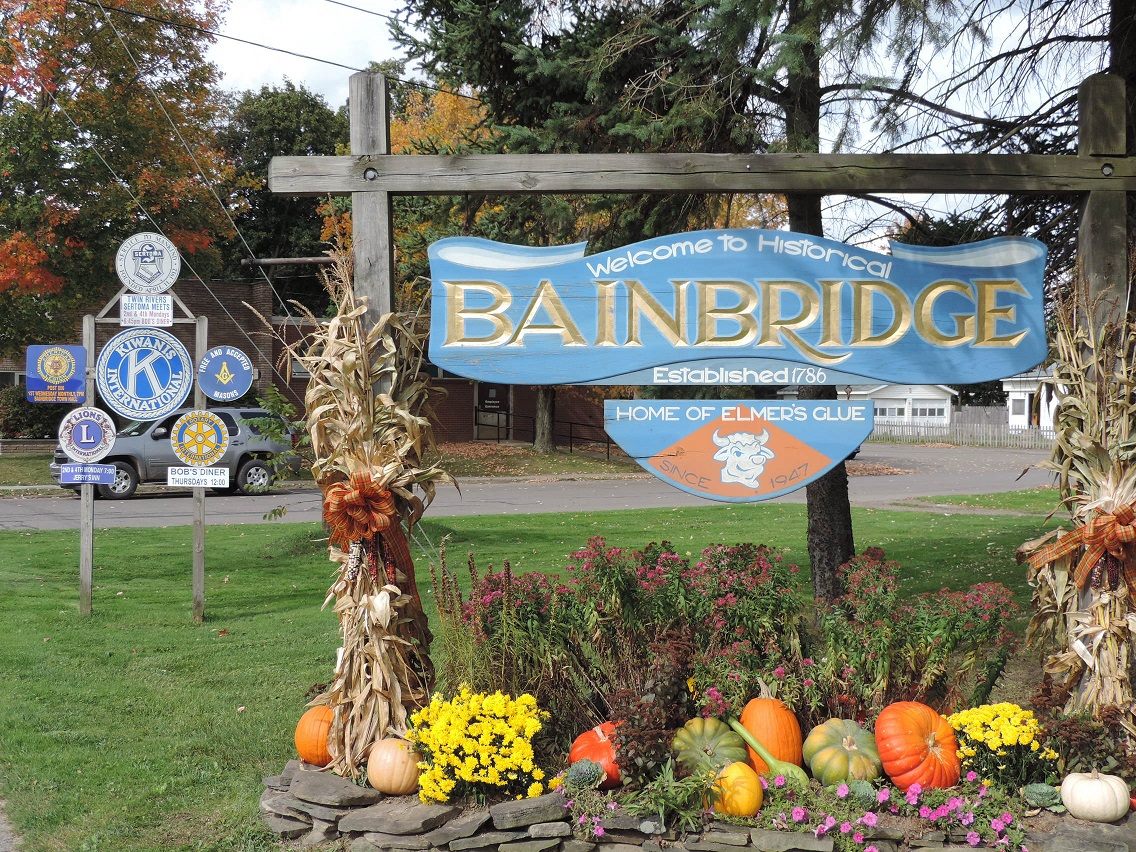 Bainbridge
Bainbridge Historical Society Founded: In 1791 as the “Town of Jericho” in Tioga County before the formation... 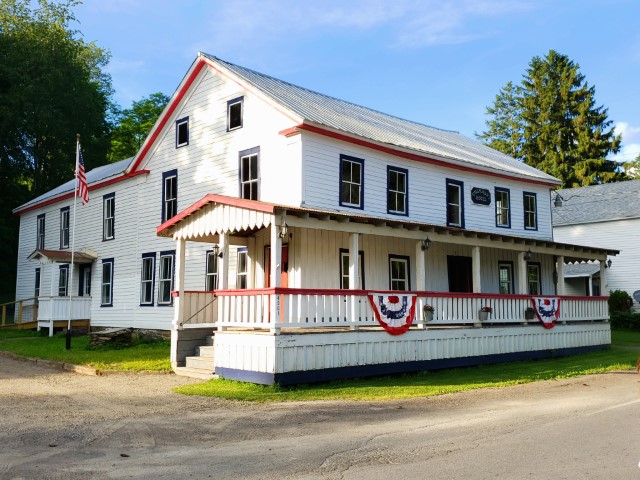 Columbus
Founded: Columbus was first settled around 1791. The town was formed in 1805 from the town of Brookfield... 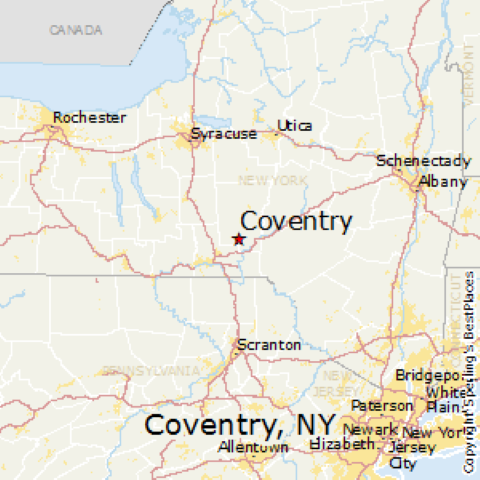 Coventry
Coventry Town Museum Founded: In 1806, it was formed from the town of Greene. Coventry was enlarged in... 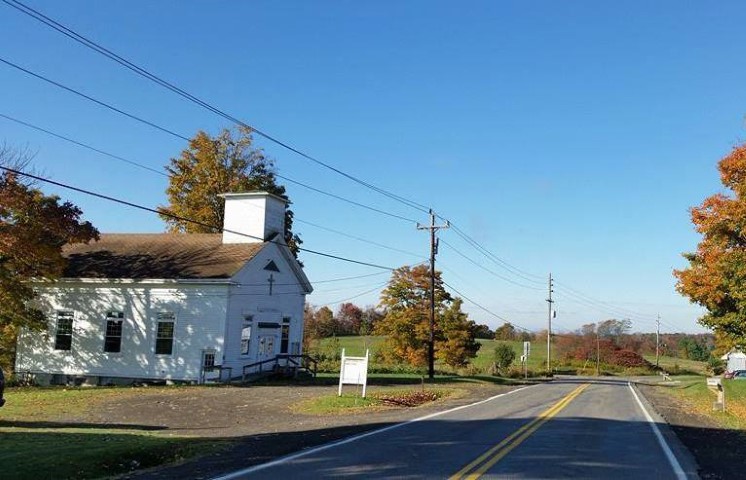 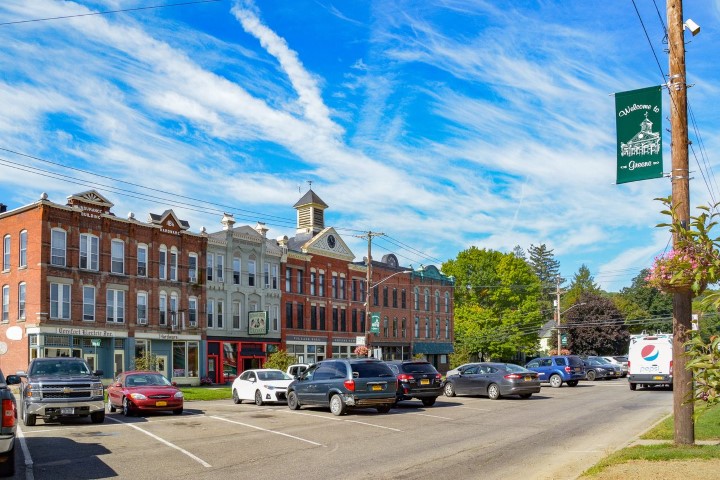 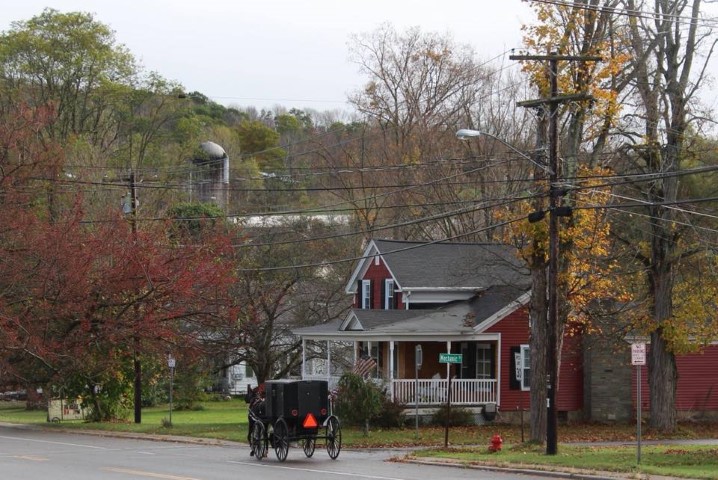 Guilford
Guilford Historical Society Founded: In 1793 and was then called Oxford. In 1813, the eastern part of   ... 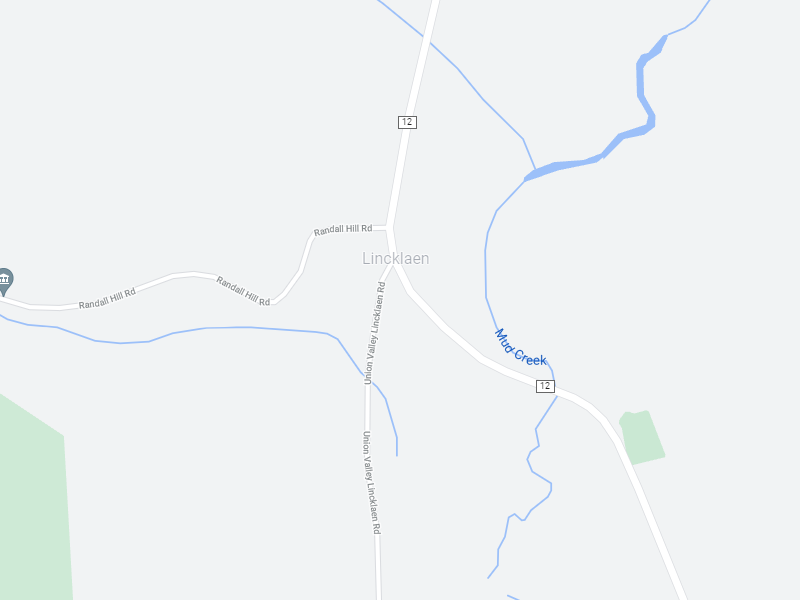 Lincklaen
Founded: The land was first settled around 1796. Lincklaen was formed from the town of German in 1823.... 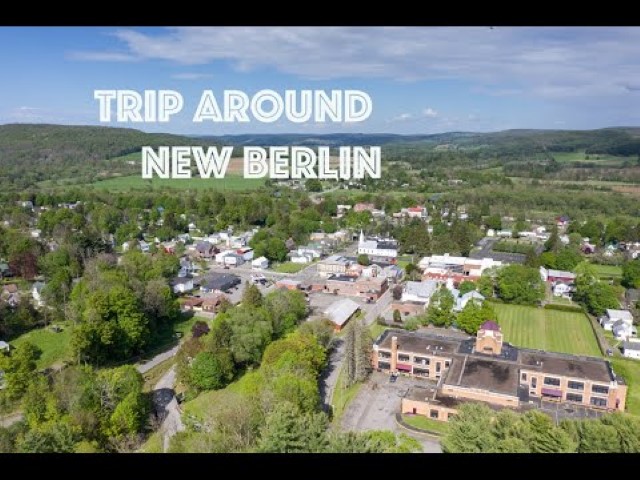 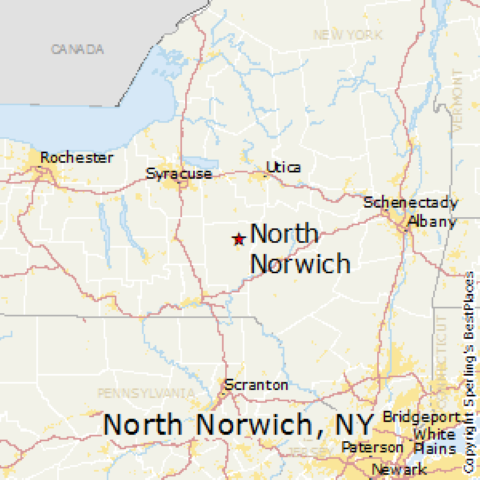 North Norwich
Founded: From the town of Norwich in 1849. Hamlets within the town: Kings Settlement, Plasterville, Sherburne... 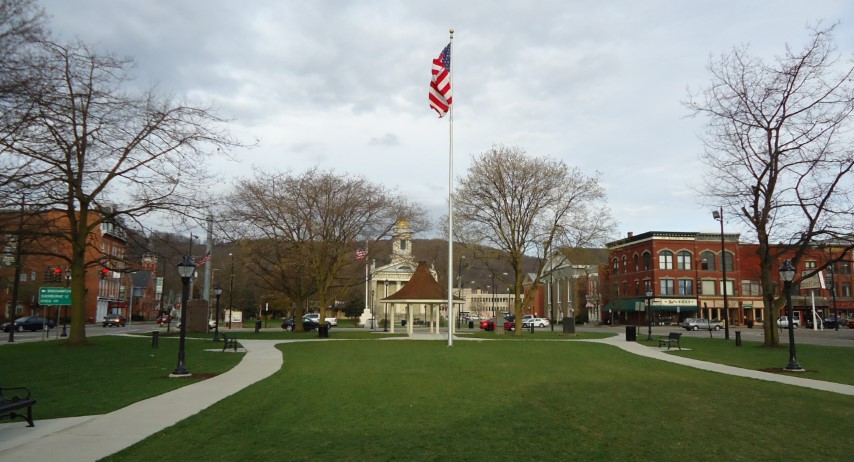 Norwich
Founded: The first settlers arrived around 1788. The town of Norwich was formed in 1793, and became a... 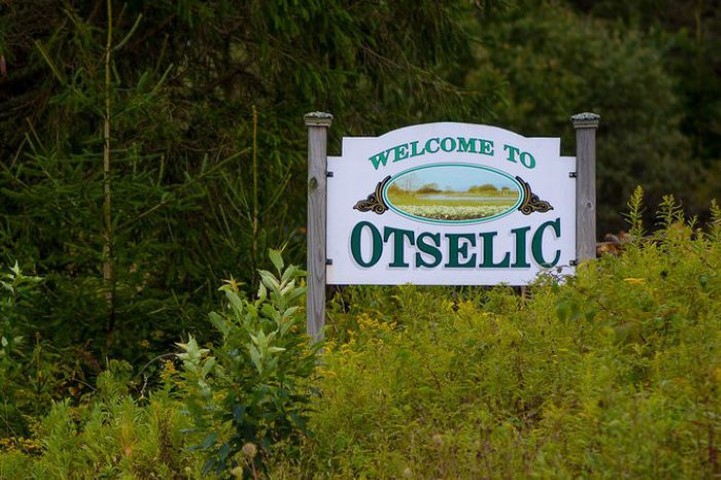 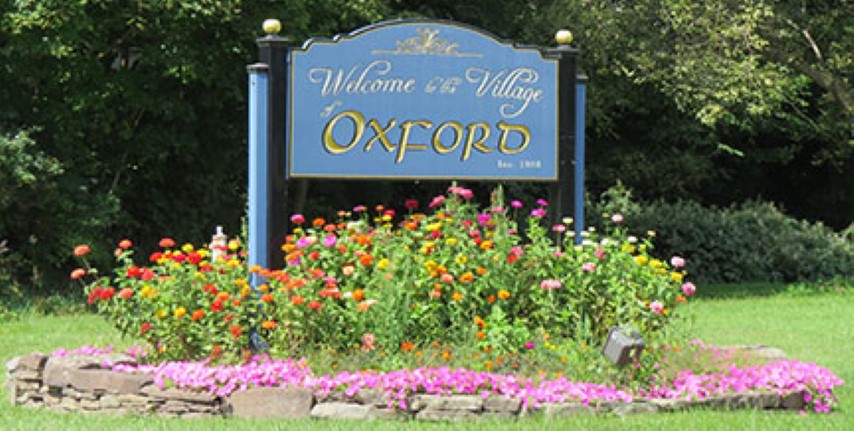 Oxford
Oxford Historical Society Founded: In 1791, Benjamin Hovey, purchaser of a large tract on either side... 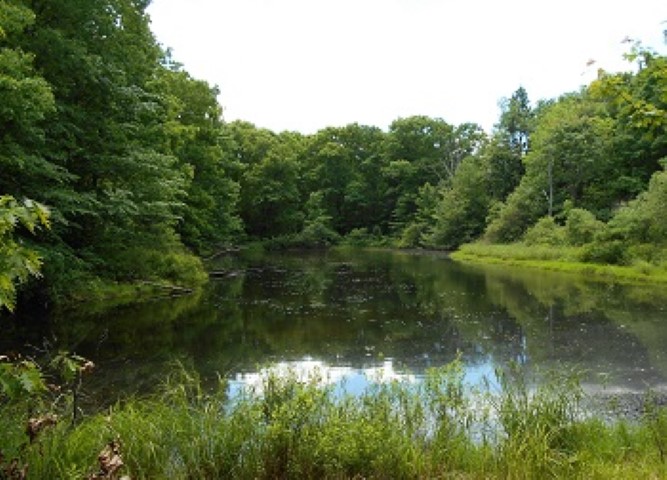 Pharsalia
Founded: The first settlement occurred in 1797. It was formed as Stonington on April 7, 1806, but was... 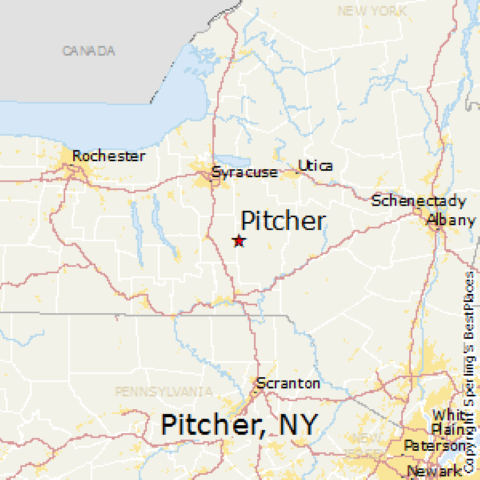 Pitcher
Founded: The land was first settled around 1794. The town of Pitcher was formed from parts of the towns... 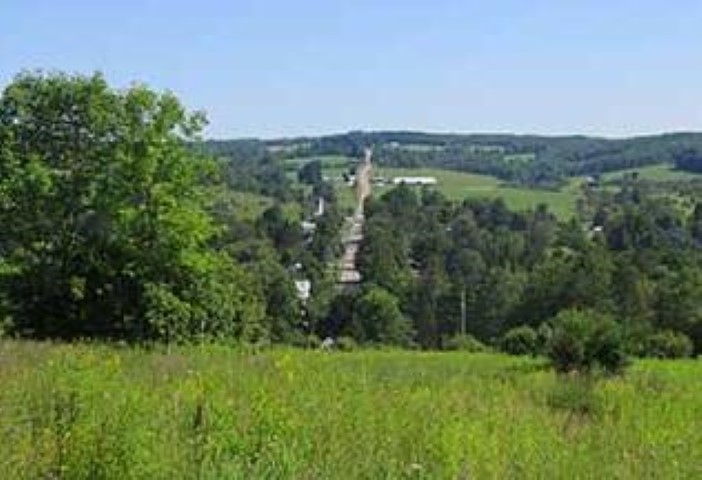 Plymouth
Plymouth Historical Society Founded: Settlement in Plymouth began around 1794. It was then formed from... 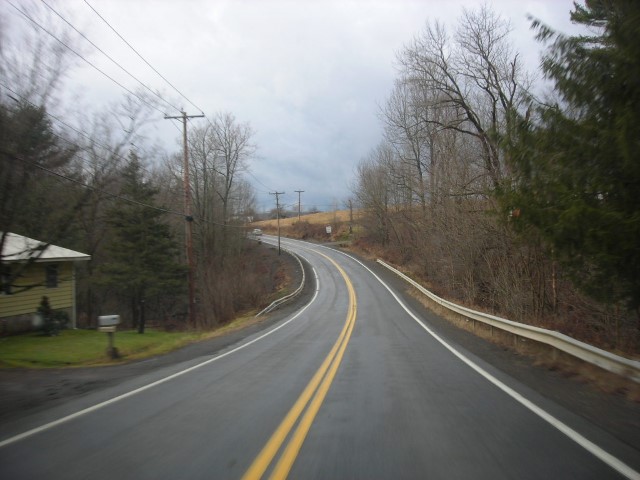 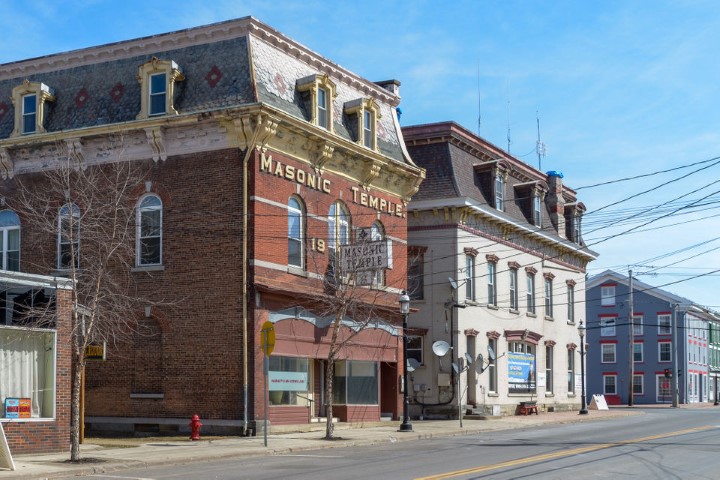 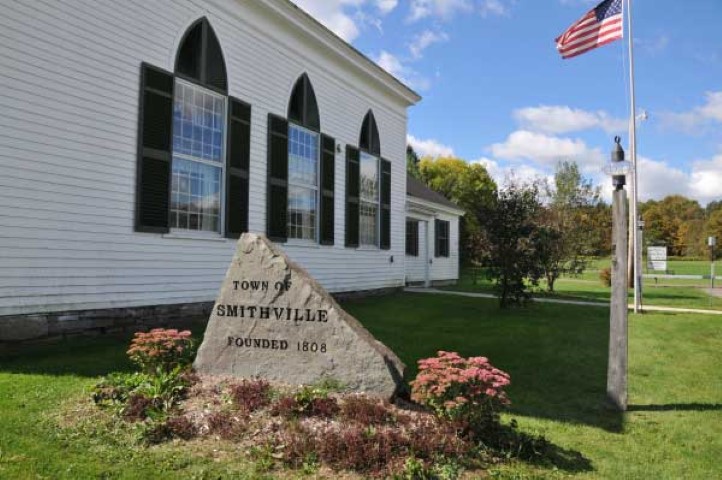 Smithville
Smithville Historical Society Founded: From part of the town of Greene in 1808 Hamlets within the town:... 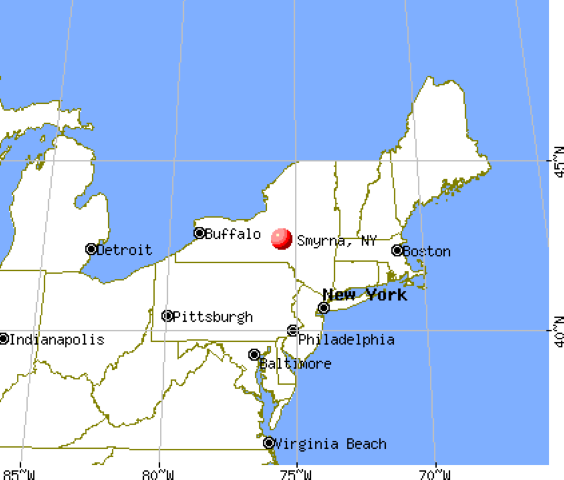 Smyrna
Founded: The land was settled around 1792. The town of Smyrna was founded in 1808 as “Stafford” from...

The County Legal History Project of the Historical Society of the New York Courts was launched to document the local legal history of the counties of New York State: the legal figures, cases, and events that helped shape the histories of these places. As part of this initiative, Elizabeth A. Klassner, working in conjunction with the Chenango County Historical Society and Museum, conducted extensive research into the legal history of Chenango County.

You can find the full 82-page document by clicking below.