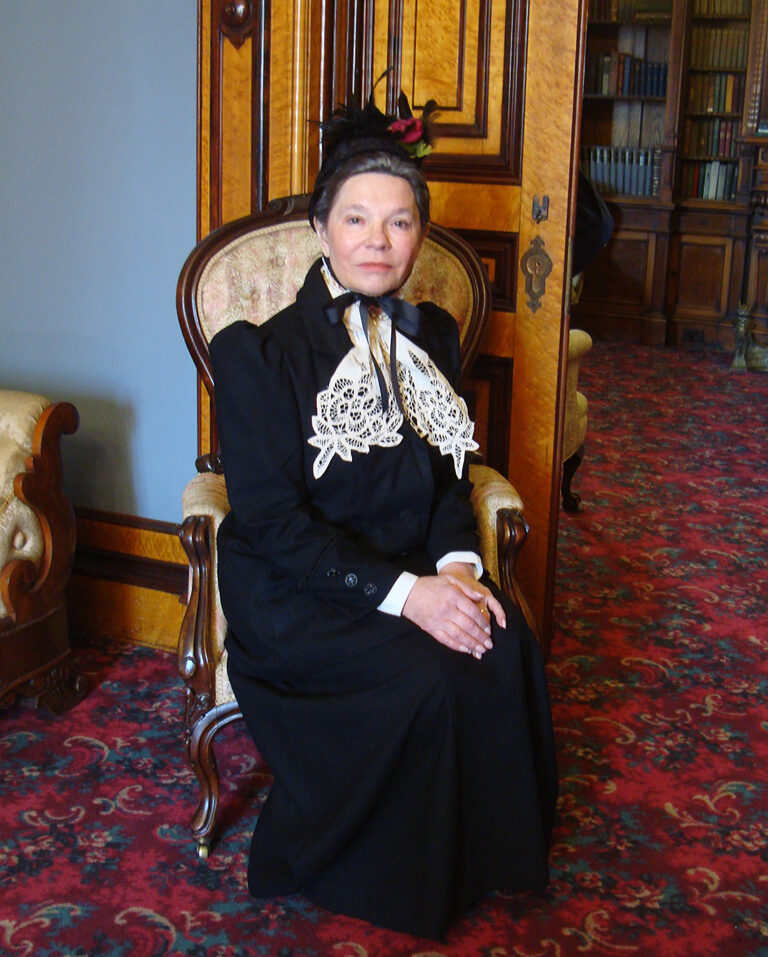 NORWICH, N.Y. – The Chenango County Historical Society (CCHS) and the Tri-County Chapter of New York State Women, Inc. will host a special program on Aug. 26. in celebration of Women’s Equality Day. The evening will honor the legacy of Belva Lockwood and her influence on female public servants in Chenango County.

Beginning at 5 p.m., the Tri-County Chapter of New York State Women, Inc. will present brief vignettes on three noteworthy local women politicians who were pioneers of their time. Meta L. Cowles (1858-1935) of Greene was the first woman practitioner in the U.S. Court in this judicial district. Janet Hill Gordon (1915-1990) of Norwich became the first female elected to the New York State Assembly. She was also the first woman to give birth while serving in the State Legislature, and she was the second woman elected to the State Senate. Presiding Justice Elizabeth A. Garry of South New Berlin, first appointed in 2018 as the 16th presiding justice of the Third Department, was the first openly gay justice to join the State Supreme Court. Justice Garry will be honored by the Tri-County Chapter of New York State Women, Inc. with special recognition to commemorate Women’s Equality Day.

At 5:30 p.m., live theater brings to life the remarkable story of “Belva Ann Lockwood: A Woman Before Her Time.” Written by playwright Judith Present, this dramatic interpretation by Presentarts includes costuming and performance by actress Maryann Johnson. Belva Ann Lockwood armed herself with a law degree to help with women’s education. She protested being denied the right to teach exercise to women, and she lobbied for a congressional bill permitting women to argue before the U.S. Supreme Court, becoming the first woman to do so. Lockwood realized that although she could not vote, she could seek public office. She was so well-respected that the Equal Rights Party nominated her twice as its candidate for U.S. President. Though women could not vote, Lockwood received 5,000 votes from registered male voters.

Immediately follow the performance, join CCHS and the Tri-County Chapter of New York State Women, Inc. for an evening reception with hors d’oeuvres catered by the Canasawacta Country Club. The Women’s Equality Day celebration will be held at the David & Carol Miller Pavilion, located adjacent to the parking lot at 41 Rexford St. on the CCHS campus. While there is no charge, contributions are encouraged to support future museum programming.

The primary organization dedicated to actively and comprehensively preserving the history of Chenango County, CCHS celebrates local culture – unique traditions, noteworthy residents, and unusual stories. “Belva Ann Lockwood: A Woman Before Her Time” is made possible with public funds from the Statewide Community Regrants Program, a regrant program of the New York State Council on the Arts with the support of Gov. Andrew M. Cuomo and the New York State Legislature, and administered by The Earlville Opera House.

NYS Women, Inc. helps connect and build powerful women personally, professionally and politically. Their vision is to empower women to use their voices to create positive change.