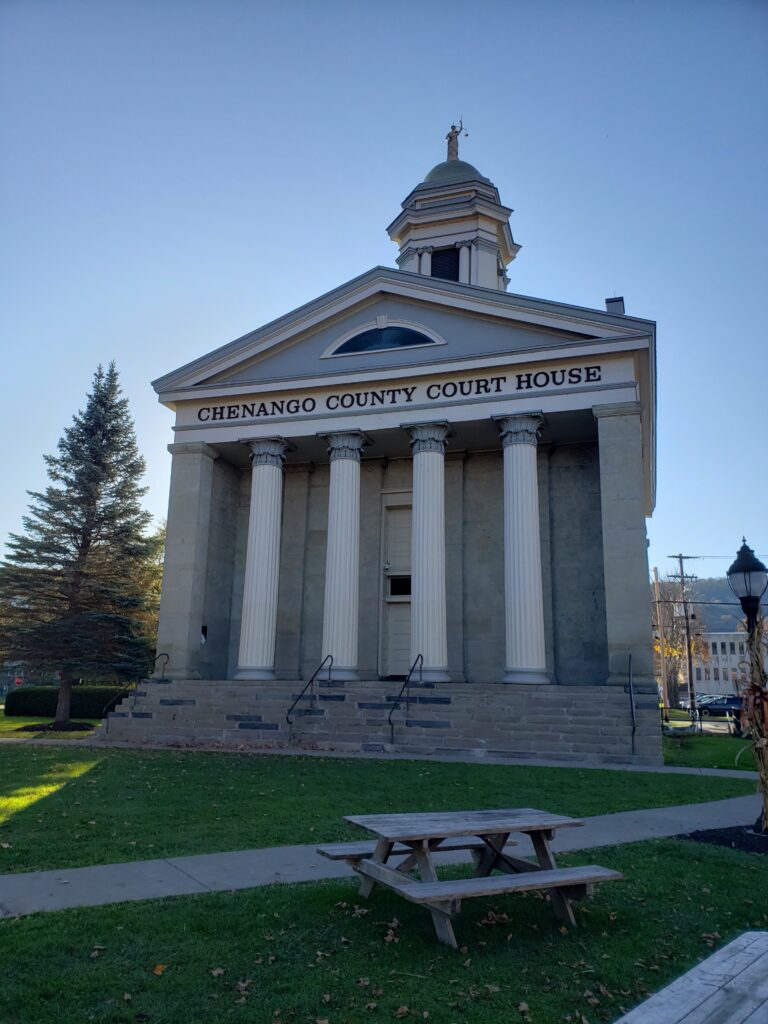 CCHS to Host ‘Historic Architecture in Norwich, the Seat of Chenango County’

NORWICH, N.Y. – In the spirit of creative endeavors being celebrated during this year’s annual ColorScape festival, the Chenango County Historical Society (CCHS) will host a series of programs featuring local structures during the second weekend of September. The “Historic Architecture in Norwich, the Seat of Chenango County” walking tours will take place throughout the city on both Sept. 11 and 12.

Two different tours will be launched each day: the first departing at 11 a.m. followed by one at 1 p.m. The programs will be led by Architectural Historian Bryan McCracken, who specializes in the preservation of American structures – particularly buildings in and around Chenango County. One tour will focus on community buildings, and the other will highlight historically significant residential structures. Up to 25 individuals can participate in each tour.

McCracken attended Alfred University and graduated Magna Cum Laude with a Bachelor of Arts in Early American History and Psychology in 2008. He received his Master of Arts in Historic Preservation Planning in 2011. His graduate thesis focused on the history of the hotel industry in Sherburne, the history of the Sherburne Inn, and its adaptive reuse as a mixed-use commercial and residential building. After graduating from Cornell, McCracken worked briefly for a small online publishing company until he accepted a position in economic development at Commerce Chenango in 2012. His work there focused on downtown revitalization through the use of historic preservation tools and the administration of economic development incentive programs.

Since 2014, he has worked as the Historic Preservation and Neighborhood Planner for Ithaca. His work includes staffing the Ithaca Landmarks Preservation Commission and administering the Ithaca Landmarks Ordinance; identifying and drafting National Register Nominations for historically significant buildings and districts; and reviewing proposed exterior alterations to protected historic structures. In addition, McCracken has presented at several regional and statewide planning and historic preservation conferences on topics related to: the history of development in Ithaca, the history of its historic preservation program, and the influence of Greek Americans on the development of the city’s Collegetown Neighborhood in the early 20th century.

“We look forward to exploring the visual creativity found in the seat of Chenango County,” said Joseph Fryc, CCHS operations manager. “Historic structures are essentially artifacts of our local heritage. These walking tours are unique opportunities for engagement with everyday exhibits.”

The “Historic Architecture in Norwich, the Seat of Chenango County” walking tours are made possible with public funds from the Decentralization Program, a regrant program of the New York State Council on the Arts with the support of Governor Andrew M. Cuomo and the New York State Legislature, and administered by The Earlville Opera House.

“We are incredibly grateful for the funding to support these walking tours!” said Jessica Moquin, CCHS executive director. “This collaboration with Bryan allows us to supplement the offerings of ColorScape, extending the festival throughout the city of Norwich by highlighting artistic endeavors which transcend generations and disciplines.”