Ward School No. 2 celebration to be held during CCHS annual meeting 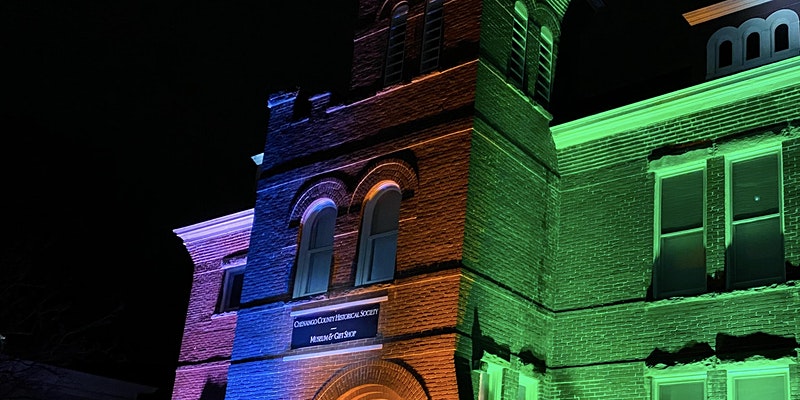 NORWICH, N.Y. – As the Chenango County Historical Society (CCHS) has worked to accomplish its mission over the years, the preservation of a specific community landmark has emerged.

Ward School No. 2 was acquired by CCHS from the City of Norwich in 1958; renovations began immediately thereafter. Since reopening as a museum in 1962, Ward School No. 2 has been the home of CCHS for more than five decades.

To honor this enduring legacy and the 125th anniversary (quasquicentennial) of Ward School No. 2, a celebration will be held beginning at 1:30 p.m. on Sunday, Nov. 21. The event combines the CCHS annual membership meeting and a commemoration of the organization’s flagship facility. Festivities include the debut of a documentary series featuring former Ward School No. 2 students as well as special birthday treats.

During the annual meeting, the board of trustees will recommend approval of proposed changes to the CCHS by-laws when these revisions come before the full voting membership. Adjustments to these governing documents require a two-thirds vote of approval from those members who participate in the voting process before amendments can be made. In anticipation of this vote, active CCHS members are urged to review these pending revisions prior to the meeting, which were announced and posted to TinyURL.com/2021CCHSByLawsDraft earlier this year.

To allow for safe social distancing management, attendees are required to pre-register for this program no later than Nov. 15 by visiting TinyURL.com/2021CCHSMemberMeeting or by calling (607) 334-9227, ext. 2.

First established in 1939, CCHS is the primary organization dedicated to actively and comprehensively preserving the history of Chenango County. The organization celebrates local culture – unique traditions, noteworthy residents, and unusual stories of the region.